Home / SDG2 Roadmap / Building a Common Narrative on SDG2: The Road to the Food Systems Summit

Building a Common Narrative on SDG2: The Road to the Food Systems Summit

Building a Common Narrative on SDG2: The Road to the Food Systems Summit

On the occasion of the 2020 International Green Week in Berlin, Germany the SDG2 Roadmap Group initiated an informal meeting with a diverse group of stakeholders on 20 January 2020. The meeting was convened by the Global Donor Platform for Rural Development and the German Ministry for Economic Cooperation and Development (BMZ) and aimed to discuss the road to the Food Systems Summit in New York in 2021, exploring what must constitute a common narrative, building vision and alliance for achieving the SDG2 objective of zero-hunger. 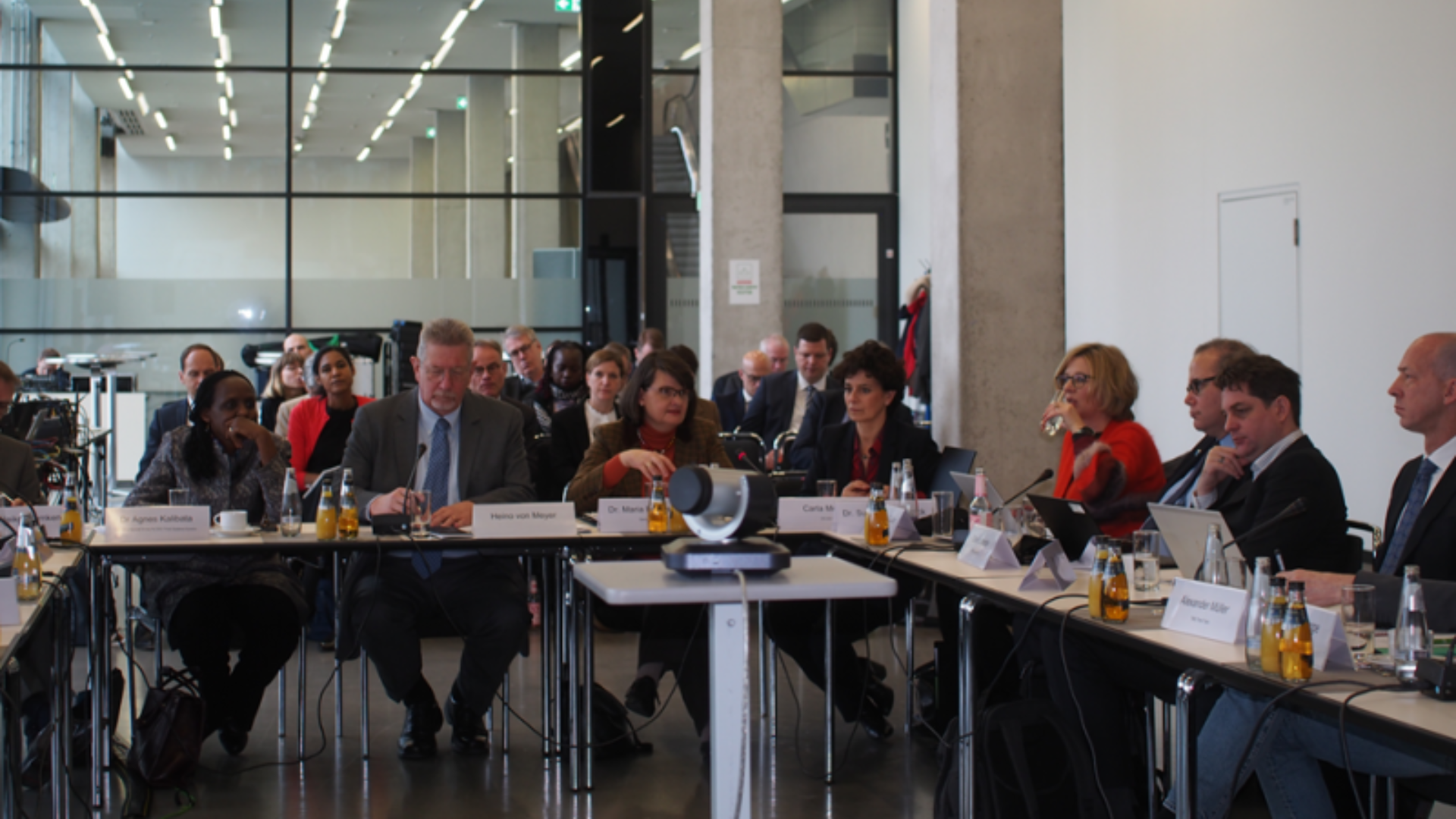 The meeting with a turnout of 60 high-level participants from key donor countries and agencies, Rome-based UN organisations, civil society as well as international research organisations and think tanks was marked by the first opportunity for the UN SG Special Envoy for 2021 Food Systems Summit, Dr. Agnes Kalibata, to convene with committed parties in her new role. She recognized the strong commitment to achieving the zero-hunger goal and the shared sense of urgency, called for ambitious thought and action but also emphasized that her leadership in this requires resources, particularly for the actions to be taken up by the Rome-based institutions for coordination and agenda-setting, making sure the process will lead to progress. “We must think out of the box. We need to change the whole food system: food habits, the way how we produce food, think about the costs, cost of knowledge, and deliver against hunger. To achieve this, we must define on how ambitious we must be, taking into consideration evidence and research”, she said.

"A new vision, a strengthened alliance and an updated narrative are needed"

Both, Mrs. Carla Montesi of the European Commission and Dr. Maria Flachsbarth, Parliamentary State Secretary to the Federal Minister for Economic Cooperation and Development, presented keynote speeches to the gathered participants, emphasizing the importance of this year – 2020 – for action in the fight against all forms of hunger under international law and the SDG2 objective. “The year 2020 is crucial for the fight against all forms of hunger. There are only 10 years left to ensure that in 2030 no one must go hungry. A new vision, a strengthened alliance and an updated narrative are needed”, Flachsbarth said. “Combined forces and cross-sectoral cooperation are also lessons to be drawn from the German One World, No Hunger Initiative (SEWOH) that provide ample example for innovations, which are key to increase productivity, income and jobs”, she continued. Montesi emphasised that “the Food Systems Summit stands for a shared responsibility and the recognition that we will not tackle the food challenge and climate change in isolation. “What we do in the Green Deal takes into consideration the objectives of the SDG2“, Montesi said.

Ambition in thought and action was the resonating wording in all keynote speeches and repeated by the participants - ambitious in the approach as well as in mobilizing the necessary resources. The strong sense of urgency was tangible, and as diverse as the assembled actors are, the urgency is a force uniting them. The need for a renewed vision and an updated narrative was a common tenor of remarks by all participants.

There is a common agreement that efficiency in action means the use science and evidence to understand where we stand, what has been done right, where progress has been made, and where the gaps are (in results as well as in financing). This understanding is required to inform policy.

Maria Flachsbarth also referred to the SGD2 Moment event that BMZ will be hosting in Berlin and stated that it will constitute part of the road map towards the Food Systems Summit, playing into the milestones along the way with a tapestry of topics and themes and the inclusion of a wide range of stakeholders in the North and the South.

Martin Hoppe, Head of BMZ’s Division on Food and Nutrition Security and Global Food Policy, further emphasized the importance of this event and explained that it will be a modern style event, that will use innovative formats and digital technology to connect people.

“This event is expected to link up several elements of the road map towards the Food Systems Summit, including an evidence base, structural work elements, diverse stakeholder contributions, special events such as the CGIAR reform process, GAFSP replenishment, and the GCA’, he described the concept.

The meeting also provided an opportunity to inform about the status of international initiatives like Ceres2030 and the 50x2030 Data Initiative, in which Global Donor Platform members are actively involved, and which show how crucial collaboration and data-sharing are for developing an evidence base for improved decision-making. Building on their latest work, FAO’s Maximo Torrero and David Laborde from the International Food Policy Research Institute (IFPRI) reported on the financial needs and developments with special reference to G7 commitments. David Laborde provided insight into the Ceres2030 research project, which is carried out by IFPRI with its partners, Cornell University and the International Institute for Sustainable Development (IISD). Findings will be first presented at the BMZ conference on 8 June 2020, in parallel to their publication in the journal “Nature” starting July 2020.

Latest in SDG 2 and Zero Hunger