A Digital Council to Solve the World’s Food Problems

A Digital Council to Solve the World’s Food Problems

By 2050 we will have to feed more than two billion more people, and that with resources becoming scarcer. The Digitisation in agriculture has a high potential to overcome these enormous challenges and hence has arrived on the international agenda. The Food and Agriculture Organization of the United Nations (FAO) is currently to develop a concept for a Digital Council. A side event informed on the background and goal of this process and provided information on the progress made so far. 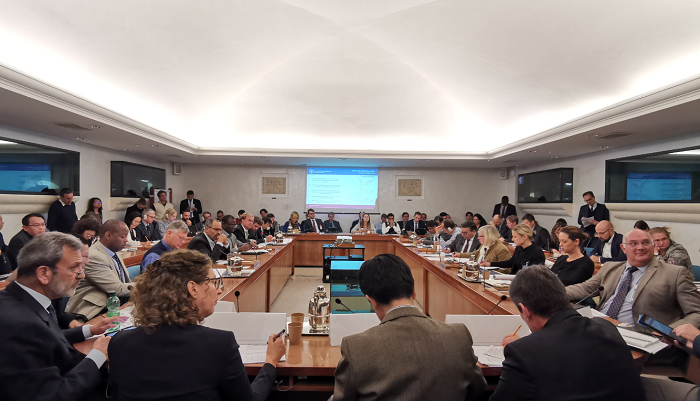 In January 2019, at the Global Forum for Food and Agriculture (GFFA), Ministers of Agriculture from 74 countries adopted a number of resolutions in a political communiqué about digitalisation in agriculture. The communiqué called upon FAO “to draw up, in consultation with stakeholders, including the World Bank, African Development bank, IFAD, WFP, OECD, WTO, ITU, OIE and CTA a concept for the establishment of an international Digital Council for Food and Agriculture“.

During the process of developing the concept note, FAO had established an internal task force in consultation with nominated stakeholders (GFFA focal points), holding regular meetings and various online and on-site consultations through an approach of pro-creation and full-participation from multi-stakeholders. Technical support was provided by Deloitte, one of the “Big Four” accounting organizations and the largest professional services network in the world.

The Council will advise governments and other relevant actors on digitalisation in the agricultural sector, enhance the exchange of knowledge and experiences, and help harness the opportunities presented by digitalisation. FAO, jointly with the other partnering organisations, leads the coordination of activities, in particular to:

In addition, it is to develop a method for measuring the degree of digitisation in agriculture. 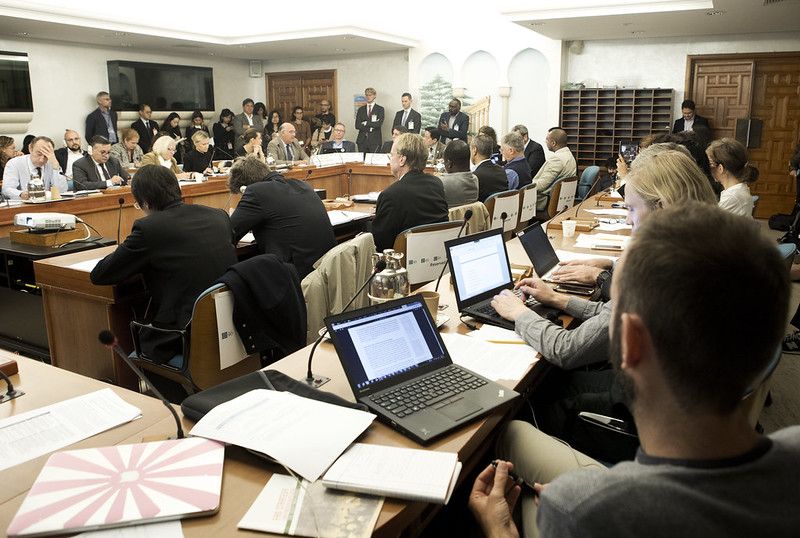 2nd consultation on the occasion of CFS46

In his opening address, Ye Anping, Senior Advisor to the FAO Director General, welcomed the more than 100 delegates, permanent representatives, participants who graced the event (The event was broadcast with 47 in attendance). He noted that the consultation meeting that, “the event is being held at a time when the world is facing so many challenges, with data showing that we are still far from eradicating hunger and malnutrition”.

Anping scored the importance of the consultation on digital council as a milestone towards achieving the Sustainable Development Goals. “We recognize that the sustainable adoption of information, scientific solutions and digital technologies and innovations for smallholder farmers will play a significant role in the digital transformation of agriculture”, he said. In his address, he quoted the FAO Director-General Dr. Qu Dongyu who emphasized, “A matter of great relevance in our quest to eradicate hunger is the transformation of our food systems” on his address on the World Food Day.

The side-event had a high-level panel comprising of Dr. Sabine Kolloge, Head of Division in the German Federal Ministry for Food and Agriculture, Theo de Jager, President of the World Farmers Organisation (WFO), Cor Wattel, Researcher at Wageningen University and Samuel Varas, FAO CIO Director. The high-level panel discussed the challenges and opportunities of digital transformation and the role the International Digital Council for Food and Agriculture could play.

In his address, Samuel Varas of FAO thanked the collaboration by the World Bank, African Development Bank, IFAD, WFP, OECD, WTO, ITU, OIE and the Technical Centre for Agricultural and Rural Cooperation ACP-EU (CTA) and member countries for the excellent contribution and participation leading to this meeting. He summed up the challenges in front of the digital council and provided an overview to the proposed concept note.

Dr. Sabine Kolloge commended the partners and FAO for following-up on the GFFA commitment, and urged the consultation to adhere to the Ministers’ communiqué. She welcomed the progress so far and affirmed their commitment to the questions prepared for the consultation and welcomed all members to send in their input.

The side-event also held contributions from some members of an internal taskforce in consultation with the nominated stakeholders (GFFA focal points). A short discussion after the panel discussion led by Mr. George Rapsomanikis (FAO EST Senior Economist) offered the opportunity to look at expectations as well as to concerns.

As technology changes, we also have to change our way of talking about it”, was a frequently repeated statement Digitalisation has three dimensions: social, economic, technical, and environmental. A key function of digitalisation is to improve the quality of life. Digitalisation is no purpose in itself, but a tool – proponents as well as sceptics could agree to that.

There was consensus that the council will play an important role in agenda setting in a political context, as well as in looking at impacts, consequences, and limitations. While some speakers spoke of stimulating a technology of optimism and saw a link between digitalisation and the cycle of societal innovation, representatives of civil society organisations and NGOs were not so optimistic. They criticised that digital concepts in agriculture so far place too much emphasis on large-scale farms, whereas it would be necessary to include small-scale farms with their limited access to resources and technologies. They therefore claimed that the council should help establish a framework that contributes to bridge the digital divide. Moreover, further discussion should deal with the question as to whether digitalisation should particularly help increase productivity or combat food security and sustain livelihoods. With regard to the latter, digital applications could also be developed to benefit agro-ecology.

It is a misperception that the majority of farmers, who are small-scale, have access to advanced digital technologies. For most of them, basic cell phones are still the common tool for communication, said a representative of the GSM Alliance, representing the interests of more than 800 mobile network operators worldwide, citing from a study recently carried out in Sub-Saharan Africa. While the private sector has a strong role to play, investors must recognise that first and foremost, basic information services are needed.

Another topic in the discussion was data safety and security. In borrowing a phrase by Bill Gates, Theo de Jager, President of the World Farmers Organisation (WFO), reminded that “data is the new gold in agriculture”. It is possible to collect data from individual farms, and the new era of data availability and big data opens new opportunities, e.g., in precision agriculture. However “farmers are sensitive about data and are sceptical about open data”, he said. According to de Jager, farmers want ownership and fear the risks of uncontrolled data mining. “Data and trust are the two magic words and they name what the Council has to focus on”, he said. Education and access to technologies are key for participation, and was another frequently heard message.

The outputs of the consultation process will be fed into the final concept note which will be presented at the next Global Forum for Food and Agriculture (GFFA) in January 2020 in Berlin. 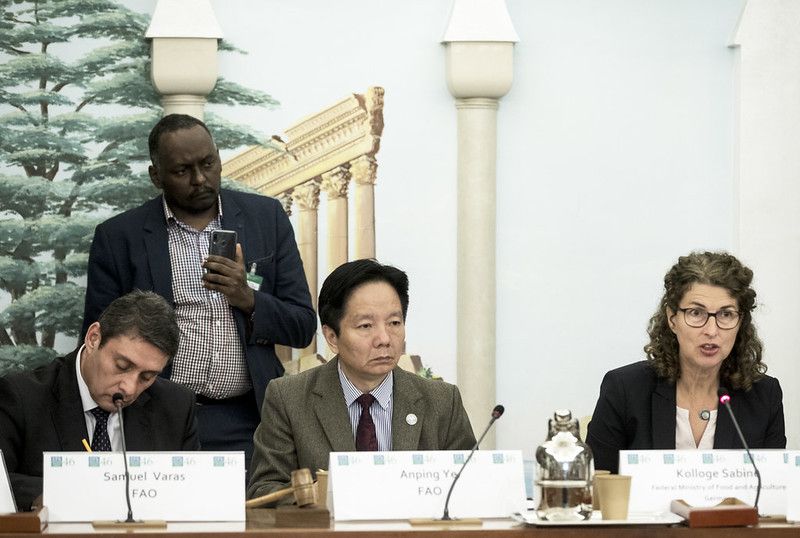