What makes an agricultural development policy contemporary? What are the key components for agriculture that feeds current and future generations without overstretching planetary boundaries?

Questions like these were at the were at the heart of a lecture by renowned academic and ODI’s Principal Research Fellow Dr. Steve Wiggins that was held on 10 April at GIZ’s offices in Bonn and drew an attendance of over fifty agricultural development experts. Wiggins delivered an expert talk framing the upcoming publication of the 3rd edition of GIZ and ODI’s “Agricultural development policy: a contemporary agenda”. This report will be published soon and is an update of a publication that was first introduced in 2013. 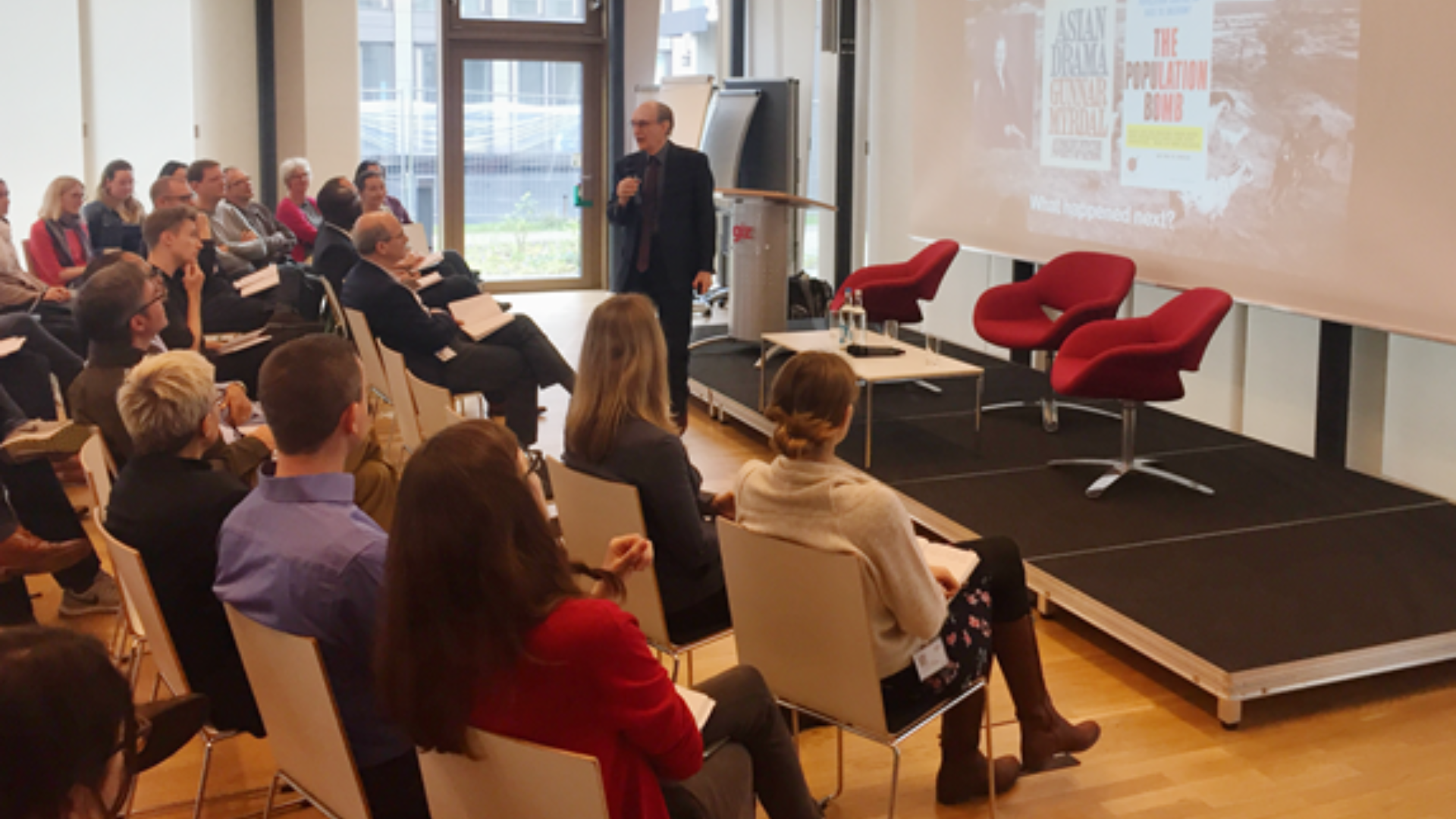 Wiggens took this opportunity to look back at various theories and development models. He explained that the “Malthusian Trap”, the condition where excess populations stop growing due to food supply shortages, resulting in starvation, never materialized due to agricultural development over the past 30-40 years, which successfully reduced hunger in countries that had a fast growing population, like India and Bangladesh, which were considered to be lost cases in the 1970s.

The Green Revolution was responsible for spurring the success story in many Asian countries, triggering a rise in productivity and growth in the agricultural sector, which served as the basis for the rapid development of industry and services that shortly followed. Wiggins claims that the Green Revolution in fact never ended. Agricultural and livestock outputs have continued to rise since the start of the Green Revolution, despite the fact that the average farm size in Asia has decreased in size and have become part-time operations. This means that more agricultural outputs have been produced on less land per smallholder and with less time within a given year, as smallholders increasingly diversify their income through off-farm employment. The advancement of markets, roads, and private traders have helped drive the successful outcomes of agricultural development in Asia.

According to Wiggins, the experiences from Asia can be a positive message to Africa. He stated that the situation of some African countries resembles that of some Asian countries at the start of the Green Revolution. Positive transformations currently happening in rural Africa (e.g., new farmers, the adoption of new technologies, and solar pump miracles) can help people manage negative side effects of agriculture, such as the overuse of natural resource, and to meet new large challenges, such as environmental concerns, food insecurity, and malnutrition.

Learning from past experiences

Wiggins highlighted three policy pointers that deserve to be considered by the agricultural development community.

The lively Q&A session after at the expert talk touched upon a variety of crucial topics: