The 2018 Global Hunger Index (GHI) reveals a disquieting gap between actual progress in combating hunger and malnutrition and those factors needed to address them and further alleviate human suffering. The GHI, jointly published by Concern Worldwide and Welthungerhilfe, identifies the global hunger situation and points out where the greatest need for action exists, captures global, regional, and national hunger situations, and provides a set of policy recommendations designed to address the focal point of the report, forced migration and hunger. 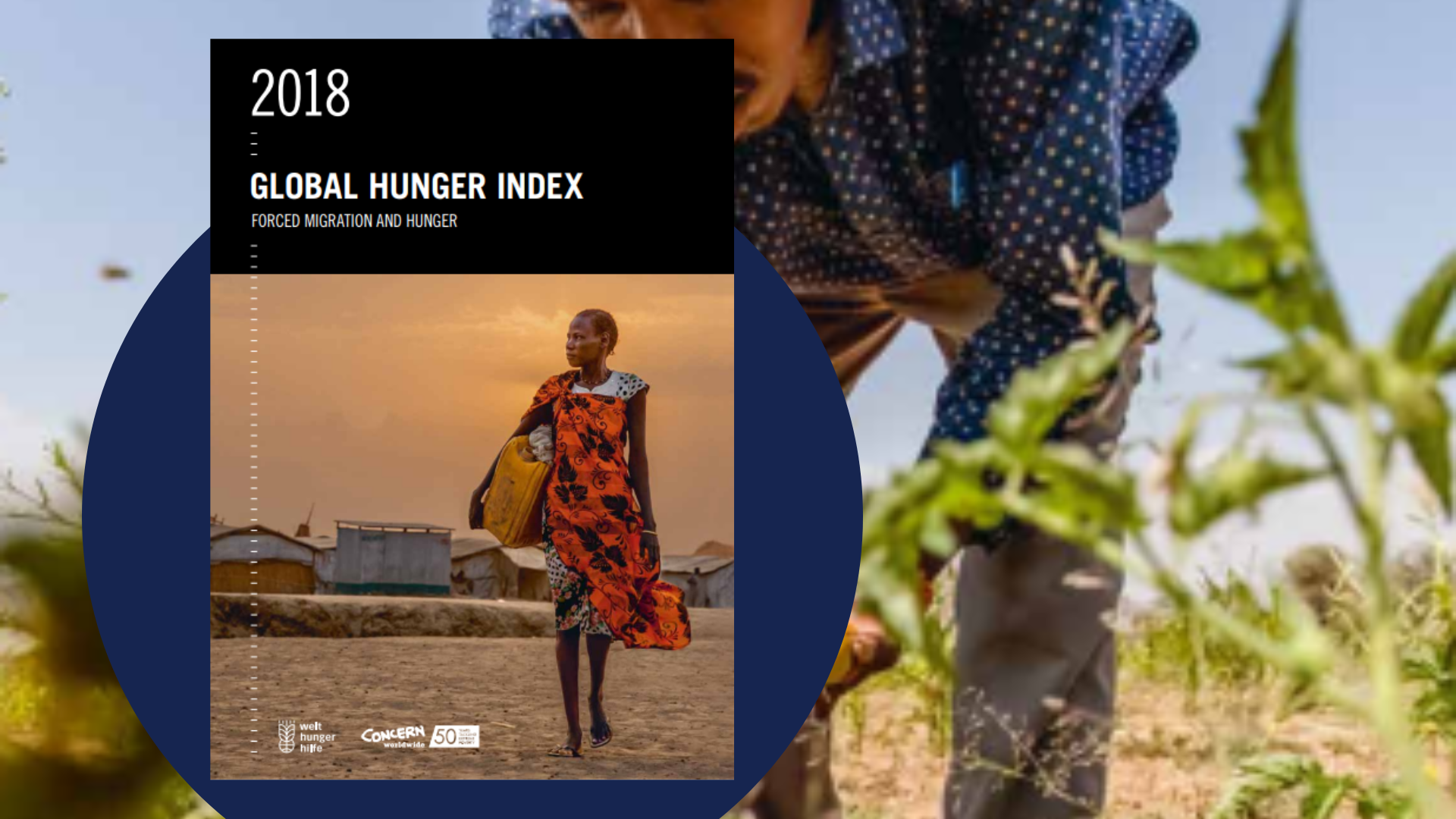 The results show serious levels of global hunger and under nutrition have decreased over the past two decades, but achieving a world without hunger by 2030 requires increased efforts and innovative approaches. In fact, while significant progress has been made in some parts of the world, hunger and malnutrition continues or has even worsened in others. In too many areas, more and more people are experiencing starvation and insecurity caused by flight and expulsion.

The GHI at a glance:

Not every country has been included within the GHI due to insufficient data, but this does not mean that the state of hunger and undernutrition in these countries should be ignored. Seven of these unreported countries-Burundi, Democratic Republic of Congo, Eritrea, Libya, Somalia, South Sudan, and Syria-are experiencing “conflict, political unrest, and/or extreme poverty,” which has “precipitated substantial flows of forced migration, which is closely associated with food insecurity”.

Typically, hunger varies regionally within a country’s borders. This presents a range of challenges to countries who must shape interventions and policies to meet the needs of individual areas. Urban areas in many countries generally have the lowest levels of stunting in comparison to the rest of the country; however, in other countries, there are other areas where stunting is quite high relative to the country as a whole.

The linkages between forced migration and hunger are analysed within the report, which finds that there are prevalent misconceptions regarding these two topics that influence policy despite the amount of contrary evidence. The report challenges these misconceptions by examining four ways to further understand and address forced migration and hunger:

The report makes thirteen policy recommendations that address forced migration and hunger. Notably, the special vulnerabilities and challenges of women and girls should be prioritized so that those who are displaced “have equal access to assets, services, productive and financial resources, and income-generating opportunities.” The recommendations also call for increased investment and improved governance to stimulate rural and agricultural development as rural areas are often the points of origin for many displaced people and hunger is often greatest here.

Although many countries face serious or greater levels of hunger, the report calls for optimism as overall hunger and undernutrition trends are hopeful and exhibit improvements over time. Countries that have stabilized after conflicts have shown considerable reductions in hunger. The report also takes an in-depth look at the hunger situations of Bangladesh and Ethiopia, which despite having serious levels of hunger, have made pronounced progress through a variety of policies and programmes.