On 14 October 2019, Rome saw the gathering of FAO’s member states, participants, observers and stakeholders for the 46th meeting of the Committee of World Food Security (CFS). A press conference to launch FAO’s report on “The State of Food and Agriculture” (SOFA) 2019 under the theme of “Moving forward on food loss and waste reduction” was a prelude to the event. According to this major annual flagship publication, around 14 percent of the world’s food – an etimate of USD 400 billion in value – is lost from production before reaching the retail level. Aiming to mitigate the issue, the report offers guidance on policy and interventions to reduce food loss and waste even in the face of the limited information available.

The State of Food and Agriculture (SOFA) 2019: Moving Forward on Food Loss and Waste Reduction 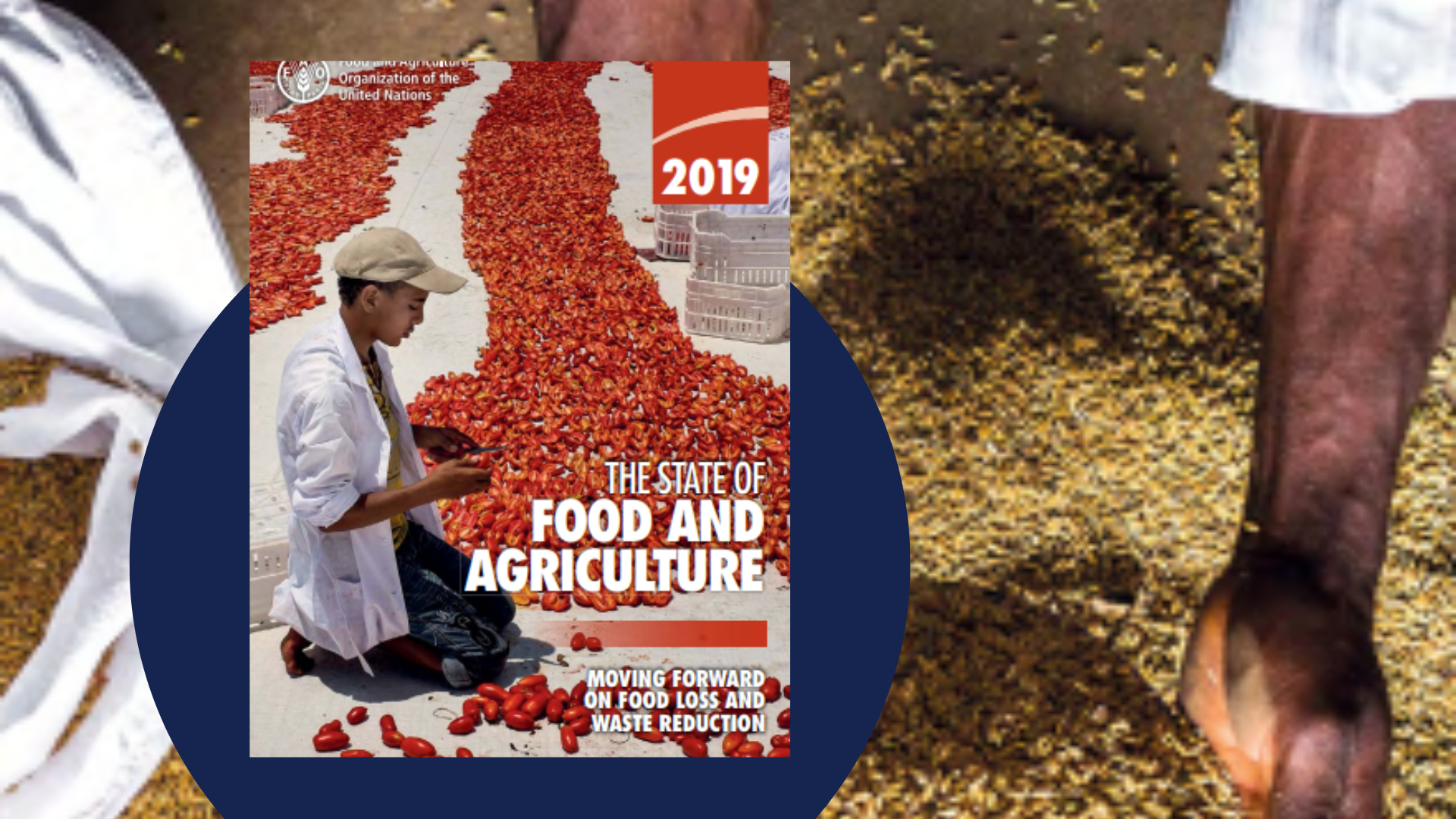 Speaking alongside FAO’s Director-General Qu Dongyu, Assistant Director General for Economic and Social Development Maximo Torero emphasized that food loss and waste has become of great public concern, thanks to a FAO’s 2011 publication which estimated that 1/3 of food is lost and wasted annually. The public concern, he added, has been translated into SDG target 12.3 which calls for the halving by 2030 of per capita global food waste at the retail and consumer levels and the reduction of food losses along production and supply chains, including post-harvest losses. To meet the target, FAO developed a global food loss index monitoring food losses from post-harvest up to processing while UN Environment is currently developing a global food waste index monitoring food waste from retail to consumer level. In a nutshell, SOFA 2019 releases the first food loss index that sets the baseline for tracking progress in mitigating this global issue.

One of many prominent features of SOFA 2019 lies in the identification of “critical loss points” across the food supply chain which look into the location, extent, and commodity groups of food loss and waste. For example, based on the percentage of food loss from post-harvest to distribution in 2016, Central and Southern Asia has the highest point (21%) followed by northern America and Europe (16%). In term of commodity group, roots, tubers and oil-bearing crops are at the peak, accumulating 25%. Overall, the levels of global on farm-loss are higher for fruits and vegetables than for cereals and pulses at all stages in the food supply chain, with the exception of on-farm losses and those during transportation in Eastern and South-Eastern Asia.

The report argues that the causes of food loss and waste differ widely along the food supply chain, with important causes of on-farm losses being inadequate harvesting time, climatic conditions, practices applied at harvest and handling, and challenges in marketing produce. Moreover, significant losses are caused by inadequate storage conditions as well as decisions made at earlier stages of the supply chain, which predispose products to a shorter shelf life. 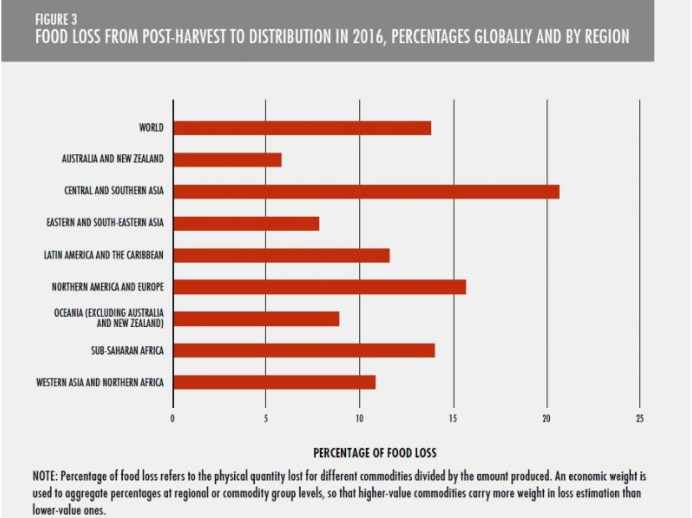 Getting the incentives right and overcoming constraints facilitate actions

In providing guidance on policy and interventions to reduce food loss and waste even in the face of the limited information available, the report relies on two incremental arguments. First, a business case is made, which argues that incentives and adequate information can encourage the private sector to reduce food loss and waste in their own interest. The assumption is that producers or suppliers (private actors) in the food supply chain rationally decide to reduce their food loss and waste reduction in order to maximize their profits while maximise consumers’ well-being. Second, an economic case is presented that is based on the broader benefits that reducing food loss and waste can accrue to help societies such as improved incomes, food security, nutrition and environmental sustainability.

The report provides strong justification for public intervention in the case of producers or suppliers facing constraints to carry out their plan to reduce food loss and waste or when they are unlikely to take account of the negative implications their levels of food loss and waste have on society. It emphasises, however, that intervention programmes should take into account distributional consequences, as there may be winners and losers among private actors.

The report further advises policymakers to consider that measures to reduce food loss or waste may also negatively impact the environment. For example, the use of packaging to protect and preserve food may lead to increased levels of plastic pollution in the same way that refrigeration that prevents loss also increases GHG emissions. Therefore, it recommends that complex and context-dependent linkages between food loss and waste and the sustainability of food systems are to be well understood in order to formulate effective policies aimed at addressing environmental concerns through reduction.