Worldwide, more than 820 million people did not have enough to eat in 2018, up from 811 million in the previous year, which is the third year of increase in a row, the UN announced on 15 July 2019 in New York in its latest report on the state of food security and nutrition. Globally speaking, the number of starving people in the past year reached about the same level as in 2010 and 2011, affecting about one in nine people on Earth. The highest proportion of malnourished people are in Africa with roughly 20 percent of the population having suffered from hunger, followed by 11 percent in Asia and 6.5 percent in Latin America and the Caribbean.

The State of Food Security and Nutrition in the World 2019 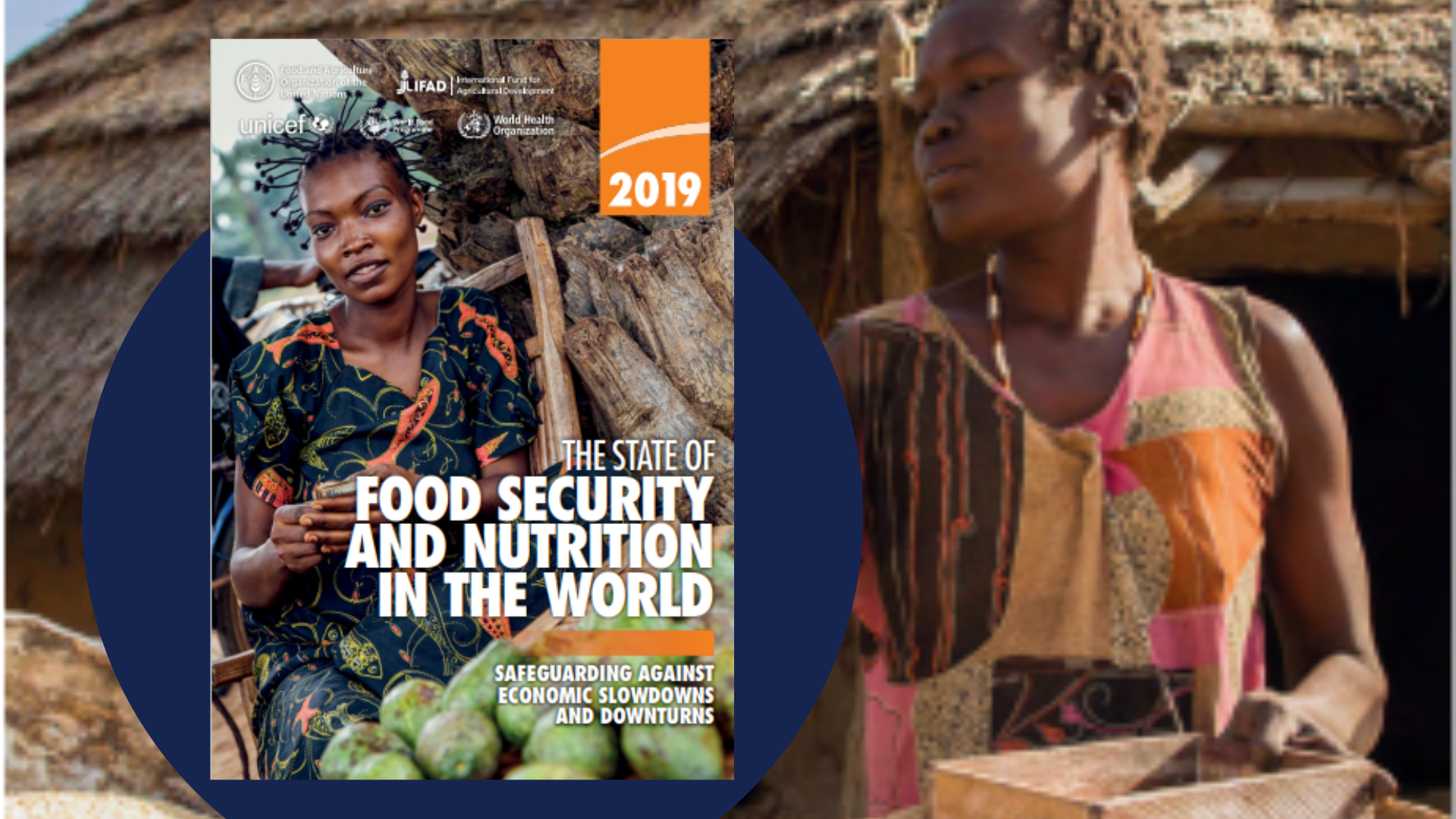 Hunger is increasing in many countries where economic growth is lagging, particularly in middle-income countries and those that rely heavily on international primary commodity trade. The report also found that income inequality is rising in many of the countries where hunger is on the rise, making it even more difficult for the poor, vulnerable, or marginalised to cope with economic slowdowns and downturns.

With 256 million people not having enough to eat, “hunger is on the rise in almost every region of Africa, making it the region with the highest prevalence of undernourishment,” says the report, which has been co-sponsored by several UN agencies, including UNICEF, the FAO and the World Health Organization. In Eastern Africa in particular, close to a third of the population (30.8 percent) is undernourished. In addition to climate and conflict, economic slowdowns and downturns are driving the rise. Since 2011, almost half the countries experiencing a sharp spike in hunger triggered by economic slowdowns or stagnation were in Africa.

Overcoming hunger in the world by 2030 remains an immense challenge
The largest number of undernourished people (almost 513 million) live in Asia, mostly in southern Asian countries. Together, Africa and Asia bear the greatest share of all forms of malnutrition, accounting for more than nine out of ten of all stunted children and over nine out of ten of all wasted children worldwide. In southern Asia and sub-Saharan Africa, one child in three is stunted. In addition to the challenges of stunting and wasting, Asia and Africa are also home to nearly three-quarters of all overweight children worldwide, which is largely driven by the consumption of unhealthy diets. The report also shed light on the gender gap by stating that the chances of being food insecure are higher for women than men in every continent, with the largest gap in Latin America.

In the face of these trends, UN organizations have spoken of an “immense challenge” to overcome world hunger by 2030. The global community set this goal for itself in 2015 as part of the global Agenda for Sustainable Development 2030. In contrast to the account of stagnant development in many parts of the world, the report also pointed out positive developments from around the world. It highlighted the fact that South Asia has made great strides in combating hunger.

Food insecurity is more than hunger: Moderate food security is also rising
New this year is the introduction of a second indicator for monitoring SDG2: the Prevalence of Moderate or Severe Food Insecurity based on the Food Insecurity Experience Scale (FIES), or SDG Indicator 2.1.2. This indicator provides a perspective on global food insecurity relevant for all countries of the world: one that looks beyond hunger towards the goal of ensuring access to nutritious and sufficient food for all. As estimates of SDG Indicator 2.1.2 refer to the total number of people suffering from food insecurity, including at moderate levels, it comes as no surprise that they correspond to a much higher number of people than those who suffer from hunger. Altogether, about 2 billion people in the world (26.4 percent of the world’s population) experience moderate or severe food insecurity.

People experiencing moderate food insecurity face uncertainties about their ability to obtain food and have been forced to compromise on the quality or quantity of food they consume due to lack of money or other resources. The lack of regular access to nutritious and sufficient food that these people experience puts them at greater risk of malnutrition and poor health. Although primarily concentrated in low- and middle-income countries, moderate or severe food insecurity also affects 8 percent of the population in Northern America and Europe. In every continent, the prevalence rate is slightly higher among women than men. For this reason, the UN called for a profound transformation of food systems to provide sustainably-produced healthy diets for a growing world population.

Obesity is another growing problem
The UN Nutrition Report also pointed out the problem of increasing rates of obesity. Malnutrition in the form of obesity and overweight is a growing problem in “almost all countries,” it said. The trend became particularly prevalent among adults and school-age children, including adolescents. Highlighting the severity of the problem, the report stated that being overweight is associated with four million deaths worldwide.

According the authors of the report, tackling these troubling trends requires multi-sectoral collaboration, involving the agriculture, food, health, water and sanitation, education, and other relevant sectors. Different policy domains must also work together to address these trends, including social protection, development planning, and economic policy.

Crises and conflicts, the effects of climate change and economic downturns: growing food insecurity is subject to a set of factors
Previous editions of the report show how conflict and climate variability and extremes are exacerbating the above trends. This year the report shows that the uneven pace of economic recovery and continuing poor economic performance in many countries after the 2008-2009 global economic downturn are also undermining efforts to end hunger and malnutrition. Episodes of financial stress, elevated trade tensions, and tightening financial conditions are contributing to uncertain global economic prospects.

Hunger has increased in many countries where the economy has slowed down or contracted. “Furthermore, economic shocks are contributing to prolonging and worsening the severity of food crises caused primarily by conflict and climate shocks”, the FAO warned in the report.

There are some other lessons to be learnt from the report: